Three evenings of late my father and I have visited a friend's farm in search of badgers. We've seen them here before; but three evenings of late we've failed to find any. My theory is that canny Brock is keeping a low profile until we have politicians intelligent enough to put hard science above political point-scoring.

To misquote the celebrated words of Captain Oates: this may be some time.

More beasts in black and white

Good old DTH and I have twice strolled along Cley beach in the past few days, and twice we've seen auks. The first time we saw guillemots in winter plumage, fresh from some granitic cliff to the north, and the second we saw both guillemots and a razorbill. DTH was kind enough to send these instructive photos of razormots, taken previously at Cley. More of his splendid photos and videos of wildlife all over the world may be found here.

To misquote J. R. R. Tolkein's Boromir in The Fellowship of the Ring: The wolf that one hears is worse than the auk that one fears. 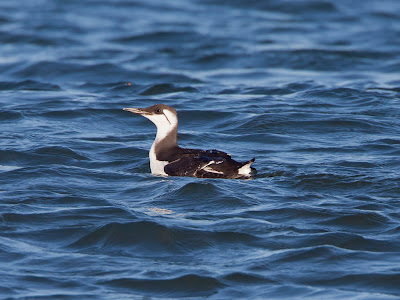 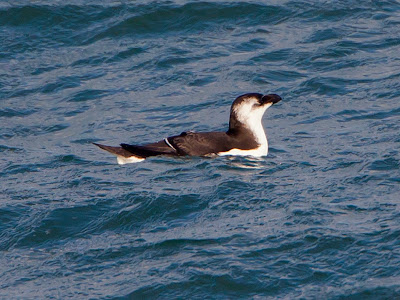 It was only a matter of time before a biopic was made of my life. My exploits as a yoga teacher have now been immortalised in film by my good friends at West Runton Beach Cafe (hyaena poo in the kitchen, remember?). I am expecting a Palme d'Or and the commissioning of a full-length feature with James Franco as me.


To quote Gehlek Rinpoche in Good Life, Good Death: It’s easy to give up food and possessions, but not our reputation. Even someone meditating in some deserted no-man’s-land still hopes that a solitary shepherd minding his sheep will find out about him and tell people in the village.

This morning but two swallows hawk over the pond, where two weeks ago there were fifty. A robin pours his melancholy into the morning and my mind heads south to Madagascar.

To quote Henry Williamson in Tarka the Otter: Sandmartins and warblers deserted their old haunts; kingfishers and herons remained. The reeds sighed in the songless days, the flags curled as they withered, and their brittle tops were broken by the rains.


New on a calm North Sea

Posted by Compare the Marsh Tit at 08:57